Medoacus was set up in 1986; from the beginning has distinguished itself for its rooting in the aerea between Padua and Venice. However, its taste for local color draws a cosmopolitan breath: its guidebooks have all been translated by qualified native language instructors and published in ten languages.
The prominence initially given to the banks of the Brenta river, later shifted to the Villas that have been built by the Venetian gentry along the Brenta Riverside.
Since the beginning of the nineties a particular attention is devoted to the Villa Pisani in Stra when the publisher, together with the Italian Government’s Printing Office and Mint, open the first bookshop in the Villa. It is in this context that our most prestigious work was published: “I Tesori di Villa Pisani” (Treasures of villa Pisani), following an active collaboration with the Eastern Veneto Regional Council for Art, Architecture and the Environment.
In the same period the inquisitive spirit of Medoacus extends to the town of Padua. Here a very detailed city guide of the town was published, soon followed by other publications that culminate in its “Guida a Giotto nella Cappella degli Scrovegni” (A Guide to Giotto Paintings in the Scrovegni’s Chapel).
Future projects include more titles dedicated to the Venetian Villas which are within the Veneto Region with particular attention to the Palladian Villas, as well as the towns of Venice and Verona.

Our pride lies in our convinction that it is often little seeds that sprout long roots can best withstand the passage of time and bear abundant fruit. 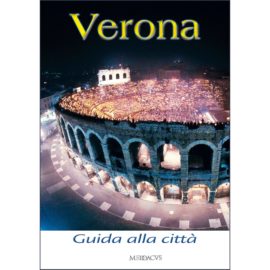